The Heretic is a free dispatch delivering insights into what it takes to lead into & in the unknown. For entrepreneurs, corporate irritants and change makers. Raw, unfiltered and opinionated.

An exercise I love to do in my talks recently, is to show folks the following chart: 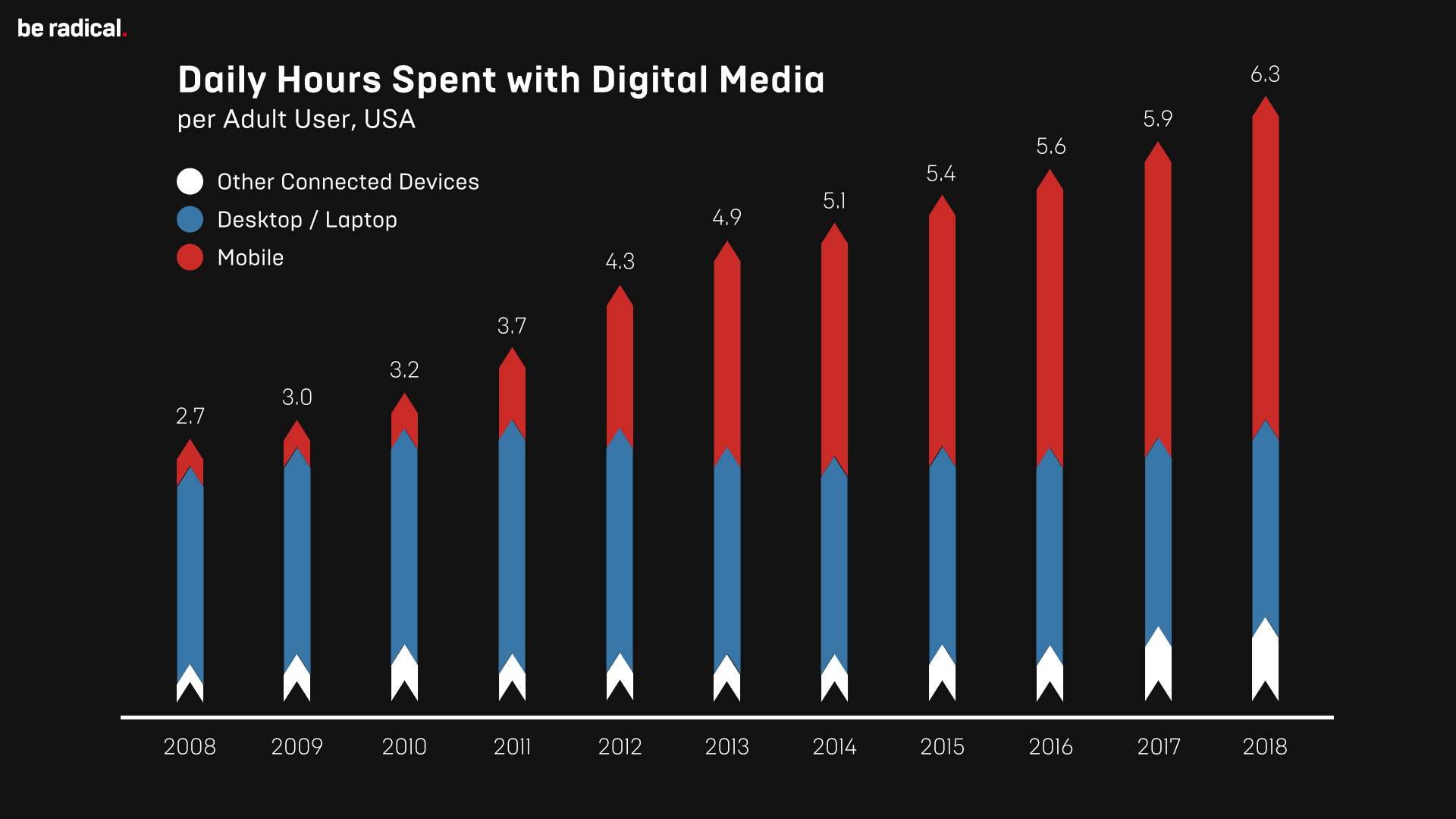 What you are looking at is the usage of mobile phones vs laptops/PCs and other Internet-connected devices over time in the USA. The question is: Imagine we are at the end of 2008 and you only know about the data for this year. Mobile usage is the tiny, red chevron you see on the chart. Would you have imagined, back then, that mobile is going to change the world and become the dominant compute platform?

Most people, when they are honest, say “No”.

How about 2009? 2010? 2011? 2012? With every group I have done this exercise, somewhere between 2012 and 2013 is the tipping point where half the room says that they would have seen the market flip. Now correlate this with the founding years of some of the most influential companies which were built on mobile:

Most of us would have missed these opportunities not just by 3 or 6 months, but by 3 years!

In this tech-driven world, you have to learn to spot these weak signals and be able to extrapolate them into the future. Here are a bunch of signals to pay attention to (in no particular order): Augmented and Virtual Reality. DNA Editing. Quantum Computing. Renewable Energy. Nanofibers. Brain-Computer Interfaces. Blockchains. Microbiome. Robotics. Autonomous Vehicles. Additive Manufacturing.

Learning to read weak signals is one of the most important skills you can learn for the 21st century.